The launch of the activities of the “Fikr 17” conference in Saudi Arabia, in the presence of the League of Arab States and the Council of Arab Economic Unity 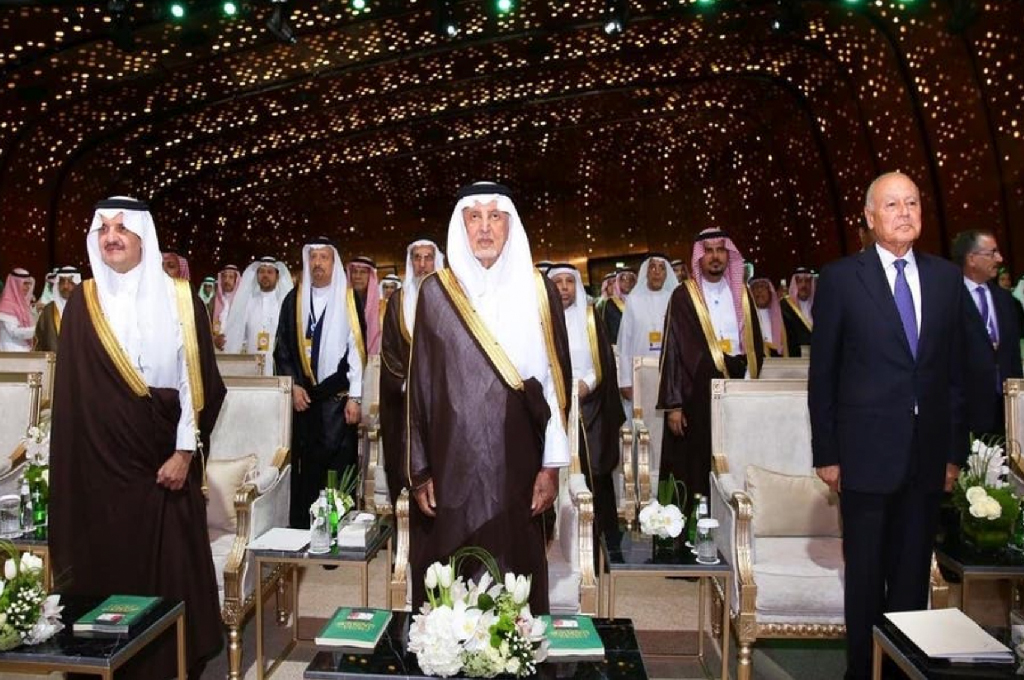 The activities of the “Fikr 17” conference, held by the Arab Thought Foundation in partnership with the King Abdulaziz Center for World Culture “Ithra”, kicked off on Monday evening, in the city of Dhahran, eastern Saudi Arabia, with the participation of 80 speakers and 600 participants, under the title “Towards a New Arab Thought”, under the patronage of the Prince. Saud bin Nayef, Governor of the Eastern Region, in the presence of Prince Khaled Al-Faisal, President of the Arab Thought Foundation, His Excellency Ahmed Aboul Gheit, Secretary-General of the League of Arab States, a high-ranking delegation from the Council of Arab Economic Unity, and a large number of government officials, the private sector, and Arab and regional organizations.
The participants in the conference unanimously agreed that the ideas that emerged and the solutions adopted in the 19th and 20th centuries are no longer appropriate in the digital age, and are no longer able to deal with the questions of the present and the challenges of the future, and that Arab societies should criticize the prevailing traditional thought, and work harder in Awareness and awakening, and the adoption of a culture of development and change, in order to free thought from the obstacles that restrict it, and provide it with creative vitality.

Speech of the Council of Arab Economic Unity at the conference A high-level delegation from the Council of Arab Economic Unity, headed by His Excellency Dr. Eng. Ali Mohamed Al-Khouri, Advisor to the Council of Arab Economic Unity and President of the Arab Federation for Digital Economy, also participated. Presented by His Excellency Dr. Al-Khouri working paper entitled: “Technological development and the necessity of working with common agendas to confront the economic, social and security threats in the Arab region,” in which he called for adopting goals and implementing initiatives jointly in the Arab region, and the need for investment plans to go towards building knowledge, social and economic components.

In his speech, H.E. Counselor Al-Khouri highlighted three main challenges in the Arab region that require attention from policy and decision makers.

(1) The worsening unemployment crisis, which has reached 10% of the workforce, or about 20 million unemployed, and that this is a time bomb threatening Arab societies, and that the current solutions do not address this problem. And that if the situation is not addressed more seriously and with effective solutions, this portends a severe and stifling economic and social crisis, after which solutions will not be feasible.

Then he pointed out that unemployment, by its nature, is a complex challenge, and that it is one of the constituent and influential foundations in economic competitiveness, explaining that according to the 2019 report issued by the World Economic Forum, the competitive centers of Arab countries are scattered between the 25th position of the UAE and the 140th position of Yemen out of 141 countries, and that Compared to the European Union countries that have benefited from cooperation and joint planning in enhancing knowledge and economic capabilities, their countries are in the first third of the competitiveness list, with the Netherlands coming fourth and Greece in 59th place.

Then he explained that the other side of competitiveness is the GDP index, and that, according to International Monetary Fund estimates for 2018, the total output of Arab countries amounted to $2.7 trillion. He explained that what is remarkable is that the Gulf states account for more than 61.5% of the Arab gross domestic product, equivalent to $1.66 trillion, while the other Arab countries collectively represent less than 40% of nearly a trillion dollars. He stressed that all readings show that Arab economies are not only moving at a weak pace, but that our Arab societies still follow the consumption pattern instead of production, and rely on traditional tools and thought that is not enough to bring about the hoped-for change and benefit from the potential of the digital age.

His Excellency added that many Arab countries have launched strategic plans with an economic and service orientation, but they are not sufficient and do not have the necessary momentum to bring about change that will ensure social and economic stability in the Arab region, and that reality and interest dictate cooperation, joint action and investment in strategic projects aimed at bridging the gaps. The current situation and the strengthening of Arab economic capabilities.

He added, that based on this principle, the League of Arab States, through the Council of Arab Economic Unity, laid the foundation stone by preparing the “joint Arab strategic vision for the digital economy”, as a guiding tool for economic development in the Arab region, based on the pillars of digital technology and the employment of industrial revolution technologies. Fourth.

He explained that the “Arab Vision” has addressed five axes to build Arab digital economies, which are infrastructure, digital government, the quality of life of the Arab citizen, and the main business sectors such as education, health, industry, agriculture and e-commerce, then the axis of support for innovation and creativity in the Arab region, noting that the vision The Arab countries included 50 initiatives and projects, in which the degree of maturity and competitive ranking of Arab countries were taken into account.

The adviser to the Council of Arab Economic Unity praised the speech of His Royal Highness Prince Khaled Al-Faisal at the opening of the conference, and that it actually summed up the Arab situation, stressing that the opportunity is ripe, but it will not last long, and that developments and innovations on the global scene will create opportunities, challenges, and threats that require governments not to Underestimating or underestimating the risks that may result from it.

He concluded his Excellency Dr. Ali Mohamed Al-Khouri said that there is no magic formula, but the Arab countries must build a unitary chain that sets clear action agendas for social and economic security files at least, and work with the principle of a holistic and comprehensive picture of goals and results, which requires understanding the facts with their realism, and also requires practical evaluation The extent of the proportionality of the strategic plans and their outputs with the magnitude of the current and future crises and challenges in the Arab world.