Dr. Al-Khouri: It is necessary to adopt unconventional approaches and strategies to keep pace with the requirements of global economic transformation 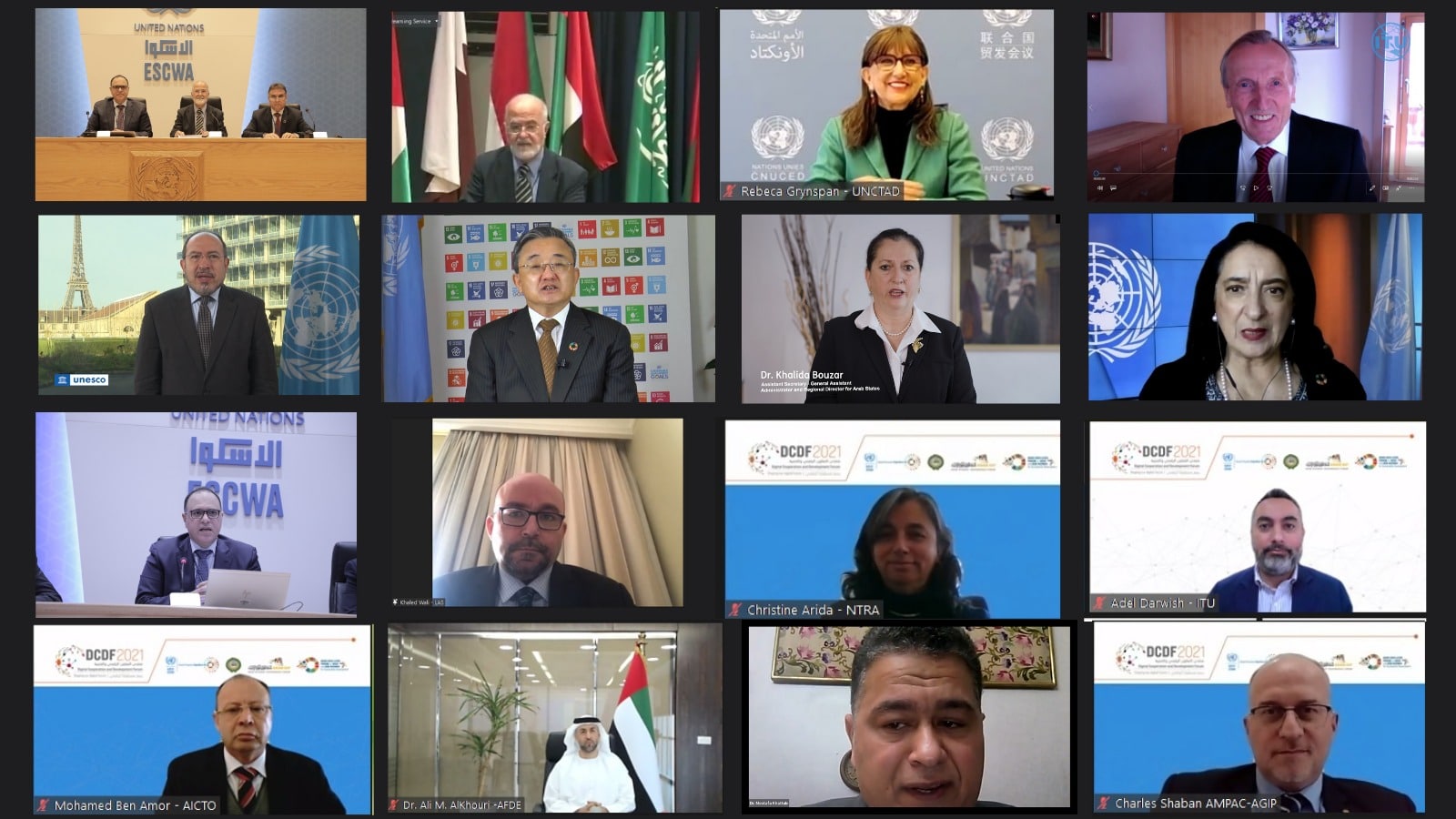 Share His Excellency Dr. Ali Mohamed Al-Khouri, Advisor to the Council of Arab Economic Unity, Chairman of the Board of Directors of the Arab Federation for Digital Economy, member of the Executive Office of Quality Unions in the Arab League, delivered a keynote speech on the second day of the Forum for Digital Cooperation and Development, organized by the United Nations Economic and Social Commission for Western Asia (ESCWA) in partnership with the League of Arab States In Beirut from 13-24 December 2021.

His Excellency Dr. Al-Khouri said that the outputs of the digital economy still constitute an average of between 2% to 6% of the income in the Arab countries, while it currently exceeds the 35% of the income of a country such as China, for example, which tends to be 50% during this decade, which shows the size of the large gap we live in. Compared to the world around us.

His Excellency pointed out that the Arab countries need to reconsider and think about the mechanisms, designs and models of their operational economies; Focusing on concepts and practices based on employing innovative solutions that are now provided by advanced technologies, which cannot be consistent or successful under traditional practices.

He also indicated that the Arab vision for the digital economy project focused its attention on drawing general frameworks to meet the requirements of the new global economy in terms of focusing on the development of digital infrastructure, legislative rules, the development of the education sector, health, inter-trade and other vital areas that deeply affect the structure and comprehensiveness of the economic system Arabia.

His Excellency the Advisor to the Council of Arab Economic Unity also explained that the Arab Digital Economy Federation hopes, in cooperation with its partners, to play a vital role, both in enhancing the knowledge content that supports the activation of the targeted initiatives, and participating in the crowd supporting those initiatives, especially the joint Arab initiatives.