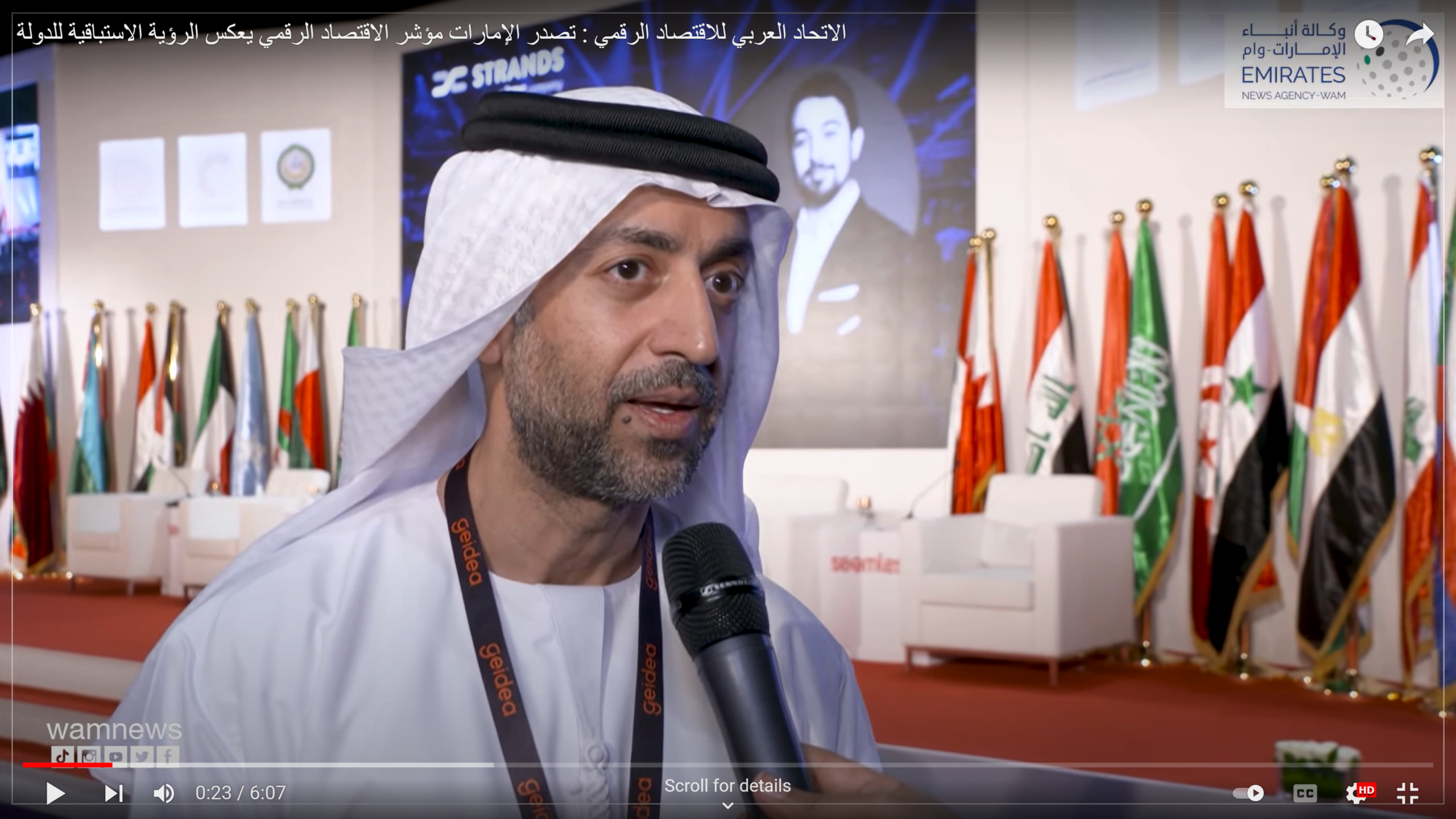 His Excellency Dr. Ali Mohamed Al Khouri, Advisor to the Council of Arab Economic Unity and Chairman of the Board of Directors of the Arab Federation for Digital Economy, confirmed in an exclusive interview with the Emirates News Agency “WAM” that the UAE has issued the list of Arab countries in the Digital Economy Index for the third consecutive session, reflecting the proactive, exceptional and bold vision. For the UAE leadership to design its plans and systems to achieve the maximum benefit from the Fourth Industrial Revolution, to build the foundations of the future of its economy, and to consolidate the foundations of sustainable development.

Al-Khouri said that the UAE is a source of inspiration to all Arab countries and also to the world, and creative projects come to make them advance in unprecedented steps, as they carry a great balance of work, and the leadership in the UAE always aspires to double the achievements, pointing out that the Arab region will witness more Changes during the coming period, especially with the adoption of the trends of the digital economy.

He noted that the Arab countries, in light of global changes and economic and social transformations, require a review of the appropriateness of their policies and systems, including infrastructure and legislative systems, to achieve sustainable development goals, stressing that the digital economy has become a major driver to reach the goals and raise the quality of life in societies, in addition. However, technology contributes to achieving great developmental leaps in the Arab region in the coming period.

He revealed that the Arab Union for the Digital Economy has launched its third report for the Arab Digital Economy Index, which contributes to enhancing national performance in the digital economy, noting that the digital divide is one of the most prominent challenges in conjunction with the global pandemic, and the main results in the report show the need for Arab countries to integrate and prepare better for any A future scenario due to geopolitical and geoeconomic variables and disruption of supply chains.

The adviser to the Council of Arab Economic Unity, Chairman of the Board of Directors of the Arab Federation for the Digital Economy, stressed the importance of investing heavily in the development of digital infrastructure and the legislative system, as well as the need to invest in innovation, sustainable knowledge and technology localization, stressing the need for Arab countries to pay attention to pivotal sectors that can advance the wheel. Development through education and the components of digital transformation provided by the Fourth Industrial Revolution.

On the most prominent recommendations of the Digital Economy Conference, Al-Khouri pointed to the need to create space among Arab countries to benefit from the experiences of successful countries in the digital economy system, and said that the United Arab Emirates, Saudi Arabia and other Gulf countries are among the developed countries in this field, and seek to transfer These experiences are transferred to other Arab countries to support them and make the region more developed and more stable in the context of the Arab Vision for Digital Economy Initiative, the ambitious Arab project supported by the UAE to promote economic and social growth in the Arab region.

Al-Khouri described the digital economy exhibition “Seamless Middle East 2022” as an Arab international platform for sharing ideas and technological solutions and linking the Arab world with the latest technologies within the most prominent international transformations, especially with the participation of nearly 450 international companies, including 7 billion companies, providing solutions for financial payments and cryptocurrencies. And smart services in all sectors, noting that “Seamless 2022” witnessed a heavy Arab and international presence, which reached the registration of nearly 20,000 visitors, which confirms the raising of awareness among the participants about the topics and products presented in the conference sessions.